The village of Rydal is located about 15km west of Lithgow NSW. From Lithgow take the Great Western Highway towards Bathurst and the Rydal turnoff is signposted at Mt Lambie. It is about 4km from this turnoff to the village of Rydal.

VILLAGE OF RYDAL - How Rydal got its name

When Major Mitchell the Surveyor General of NSW passed this way in 1832 he thought that where he crossed at Solitary Creek would be a good site for a village and the area was known by this name for a time. However, when a plan was laid before Governor Sir George Gipps and approved by him on 31 May 1843 he decided that that the village should be called Rydal. The English village of Rydal for a time was the home of the Poet Laureate William Wordsworth best known for his poem “The Daffodils”.

Mitchell’s road was built between 1832 and 1837; the section through Rydal was the main road to Bathurst until 1929. The construction of the western train line made Rydal a very busy place. The heritage listed train station was constructed in 1869 and the line opened as far as Rydal in 1 July 1870 and that was the end of the line for the next six years. To travel to western towns people would come from Sydney to Rydal by train and then complete their journey with Cobb & Co or other horse drawn transport. The produce from the central west was loaded on goods trains for Sydney at Rydal. During that period Rydal had 8 inns, 5 stores and 5 blacksmiths. In 1876 the line was extended to Bathurst and the busy days of Rydal were over. 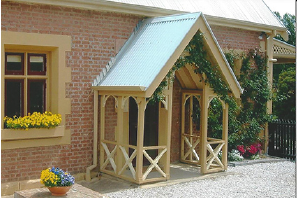 Rydal today has about 40 houses and a population of about 80. While it is no longer an important railway town it has created its own special identity. Some of the Rydal events are the Rydal Show on the first weekend of February, Anzac Day commemorated at one of the two war memorials and Daffodils at Rydal held in September.

The first road through Rydal dates from 1832 when Major Mitchell crossed the Cox’s river at a point now covered by Lake Lyell and came down the current Hampton Road. Until 1929 Rydal was on the main road to Bathurst but was bypassed during changes to the Great Western Highway. 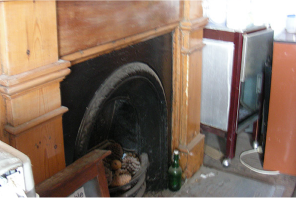 The Rydal Station Waiting Room has a collection of Rydal Family Photos and records. If you or your family have a connection with Rydal you might have some pictures, letters or interesting stories you would like to share with others.